Many sources, quite briefly, and often even incorrectly, recount to the history of the site and the institution which, during World War II, was transformed into a POW camp for Allied officers and non-commissioned officers. Contrary to the information often presented, there was no Polish girls' grammar school here before, and the information that it was originally a school for boys is not sufficient either. We would like to briefly present the pre-war history of the place where first the Stalag XXIB, then the Oflag XXIB and finally the Oflag 64 were located. 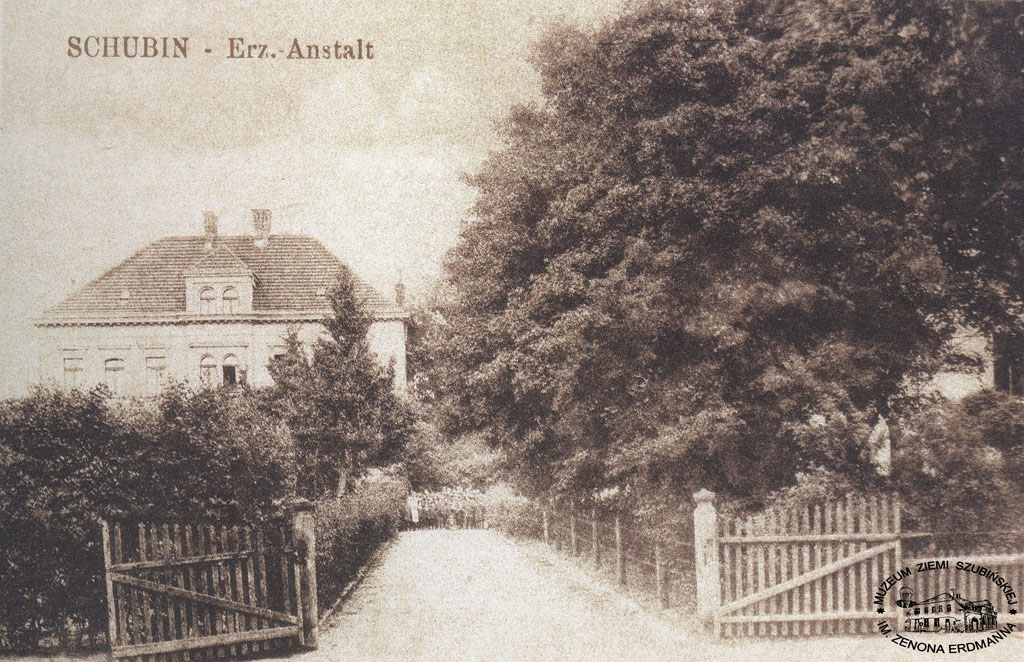 1. The gate of the minor edifice of the Provincial Protective-Educational Center (In German: die Erziehungsanstalt) in Schubin, circa 1910. 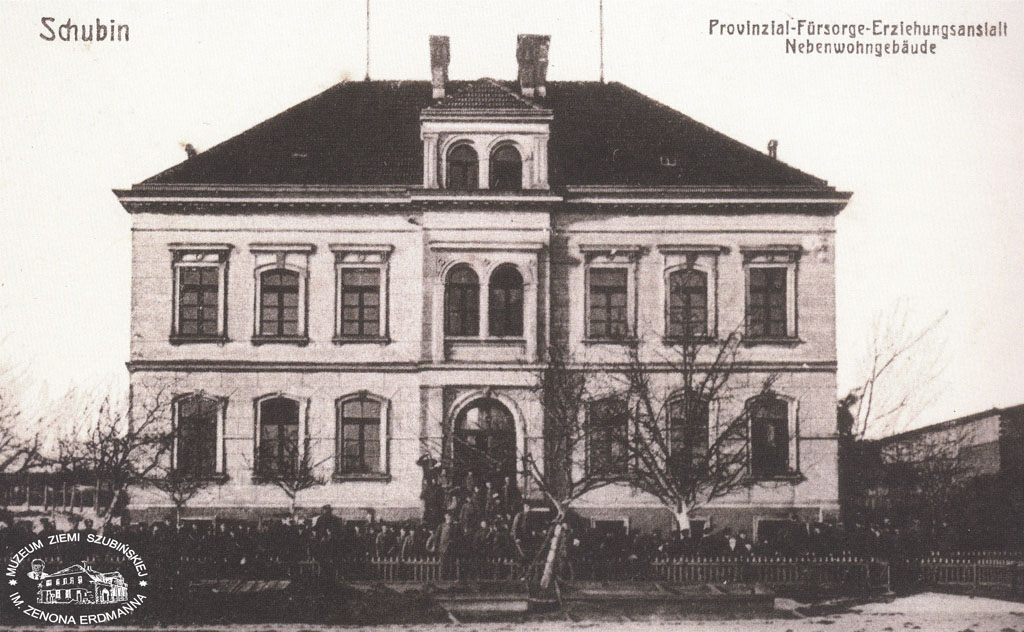 2. The minor edifice of the Provincial Protective-Educational Center in Schubin, circa 1910. For POWs this building was known as the camp hospital.

This history is strongly connected with the history of the town of Szubin and dates back to the second half of the 1800s. At that time, outside the town, on the road to Kcynia (Exin), a district hospital was built. It was opened on June 3rd 1880. The building of the former hospital was preserved as the central part of the building known to the prisoners of war as the White House – the side wings were added later. The "Kreislazaret" (German) only functioned for 8 years. In 1888, the hospital building and its surroundings were purchased from the city for the needs of the Provincial Educational Institute and were considerably enlarged. 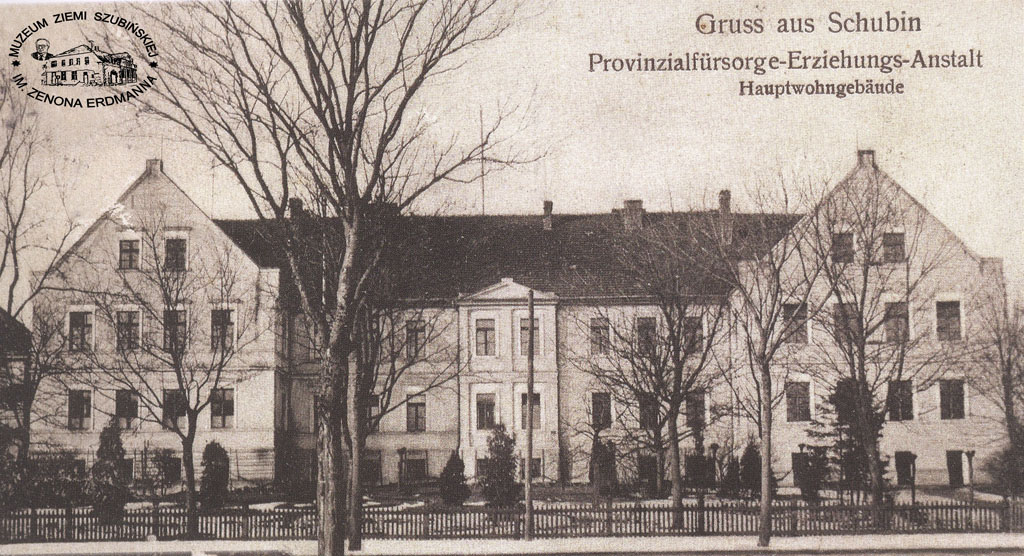 3. The main edifice of the Provincial Protective-Educational Center, Schubin, circa 1910. For POWs this building was known as 'The White House'. 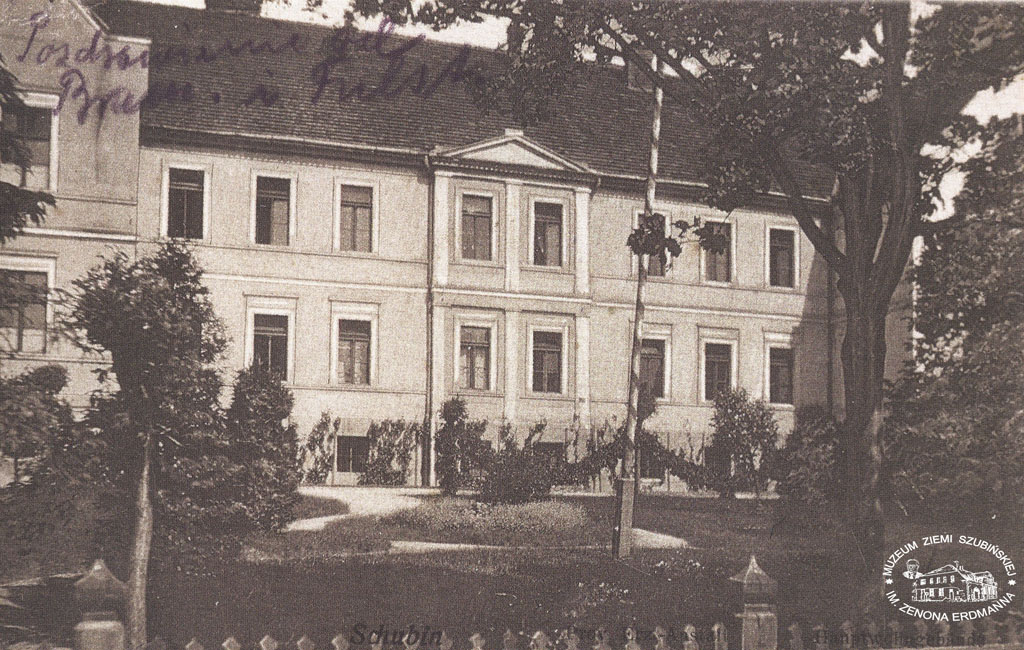 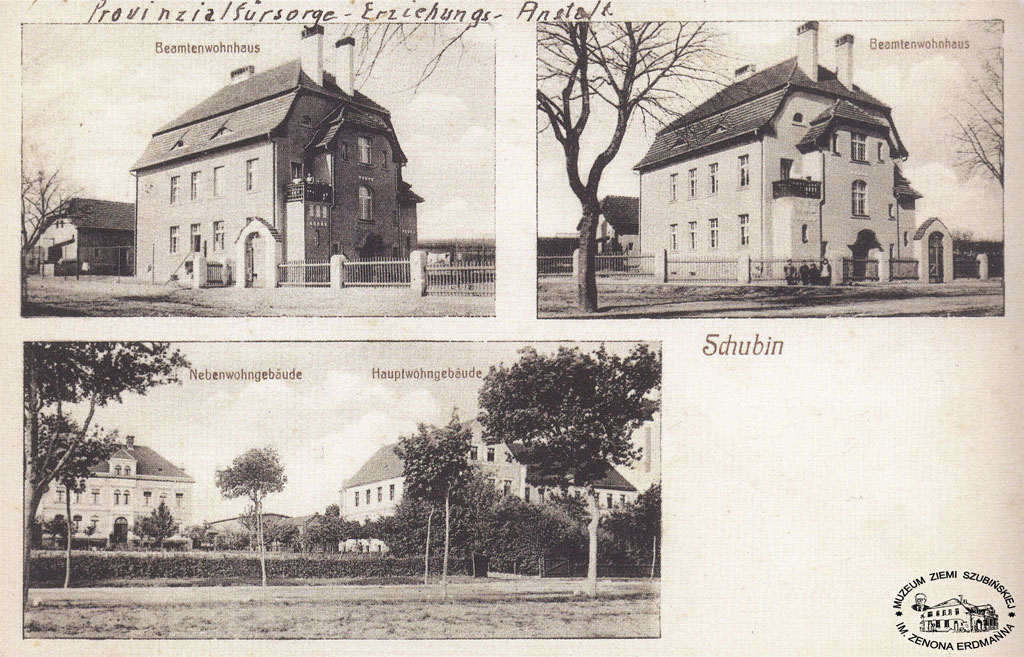 5. The postcard showing the residential buildings for the staff, the minor building (Hospital) and main building (White House) of the Reform School, circa 1917.

The juvenile detention center was established in Szubin on August 3rd 1888 and was originally called the Provincial Evangelical Institution of Preventive Education. Its pupils were boys aged 10-12 years. Most of them were of Polish origin (i.e. Catholic). In the years 1888-1898, the school grounds were considerably enlarged and included: a dormitory, four barred prison cells, residential buildings for the staff, including a separate building for the principal, and a chapel, as well as agricultural buildings such as pigsty, barn, stables and workshops which could be used by the blacksmith and the wheelwright. 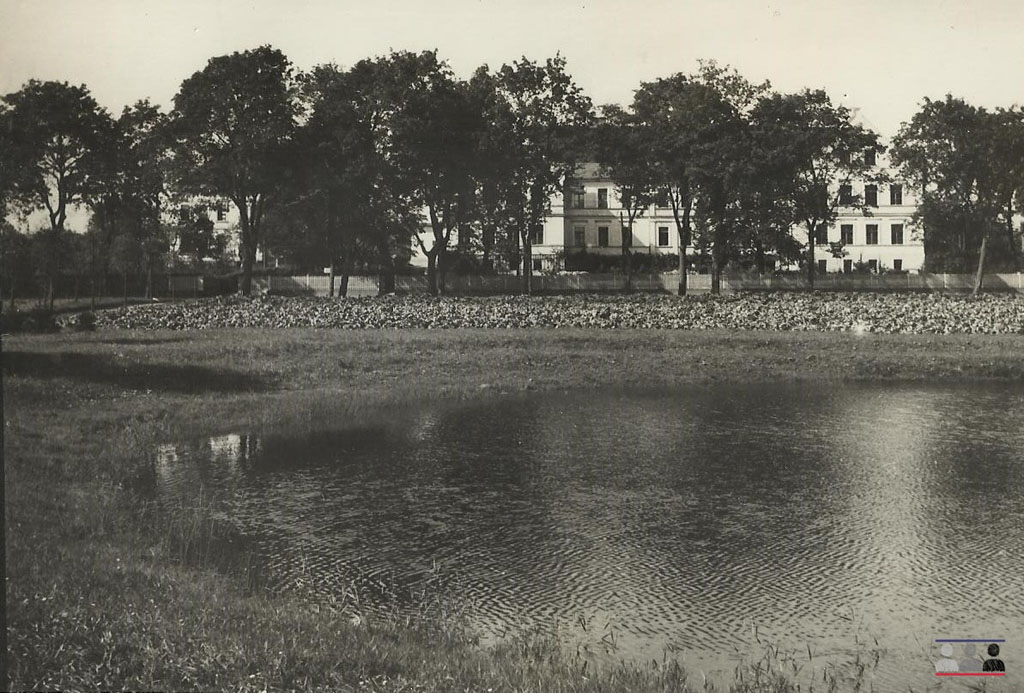 6. This photograph was taken from the location of the pond across the street, circa 1928 – the pond was used by American POWs for skating during the winter.

During the Prussian partition, teaching was in German. The pupils were Germanized and forced to submit to the occupying authorities (the term Germanization refers to the forceful imposition of German culture and language upon Poles on territories annexed by Prussia). The main method of resocialization was the requirement of absolute obedience, the absence of which led to corporal punishment in combination with reduced food rations and hard physical labor, mainly in agriculture. The situation improved after 1900, when the law transformed the juvenile detention center into a preventive education institution, called in German Provinzial Fürsorge Erziehungsanstalt (Provincial Protective-Educational Center) - an institution to which young offenders were directed as an alternative to prison; a reform school. 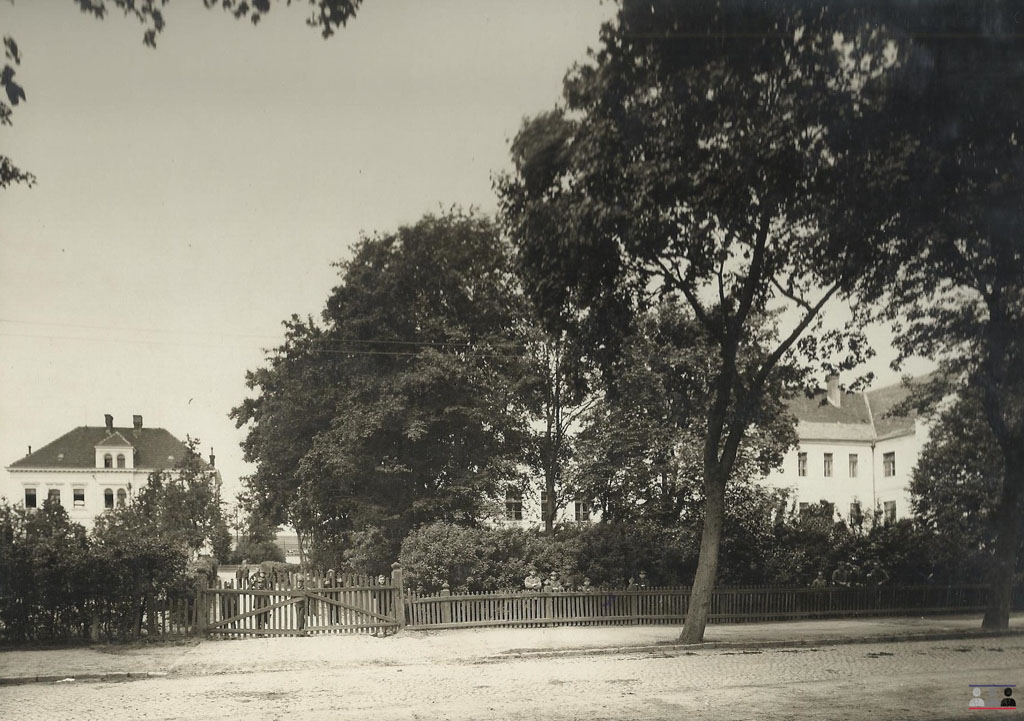 7. This photograph showing the boys gathered beyond the fence was taken from across the street circa 1928. 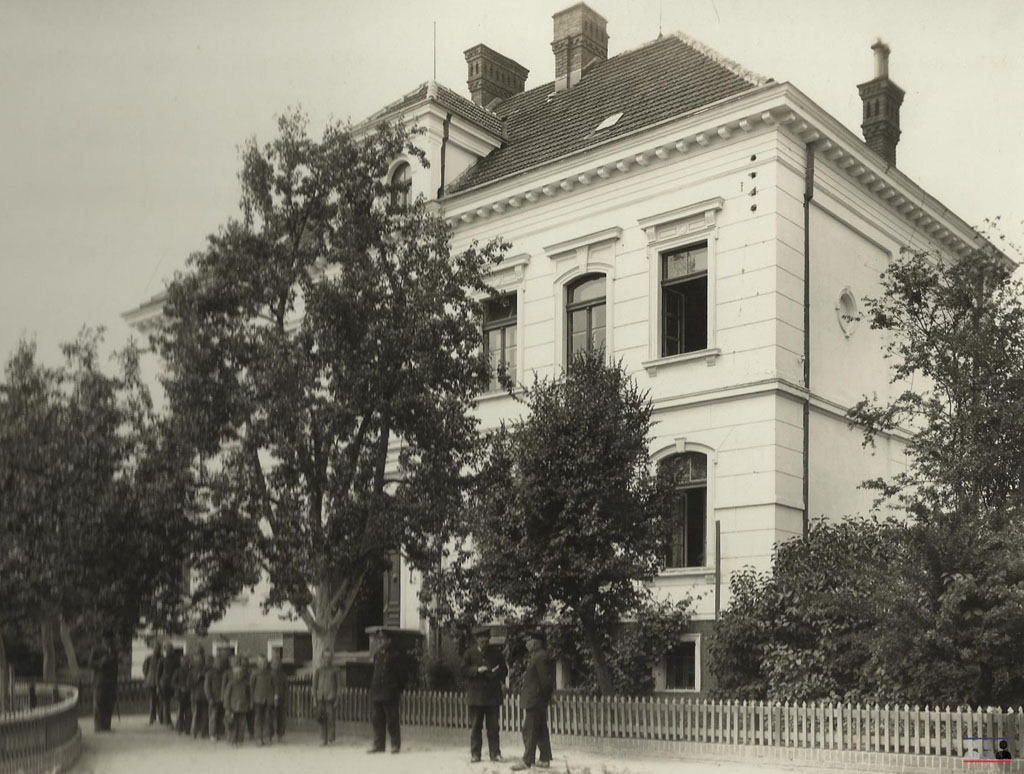 During World War I, between 1914 and 1918, the establishment was abandoned and a field hospital (Lazaret) was created in its place. After Poland regained its independence, the penitentiary was reopened as a Polish institution under the name of the National Educational Institute. With the introduction of new methods of rehabilitation, an orchestra, a choir and a theater group were formed. In 1928, the military training corps, the football club KS Polonia and a scout team were established. The following year was marked by the creation of a team of volunteer fire fighters. The Reform School also had a library of several hundred books. 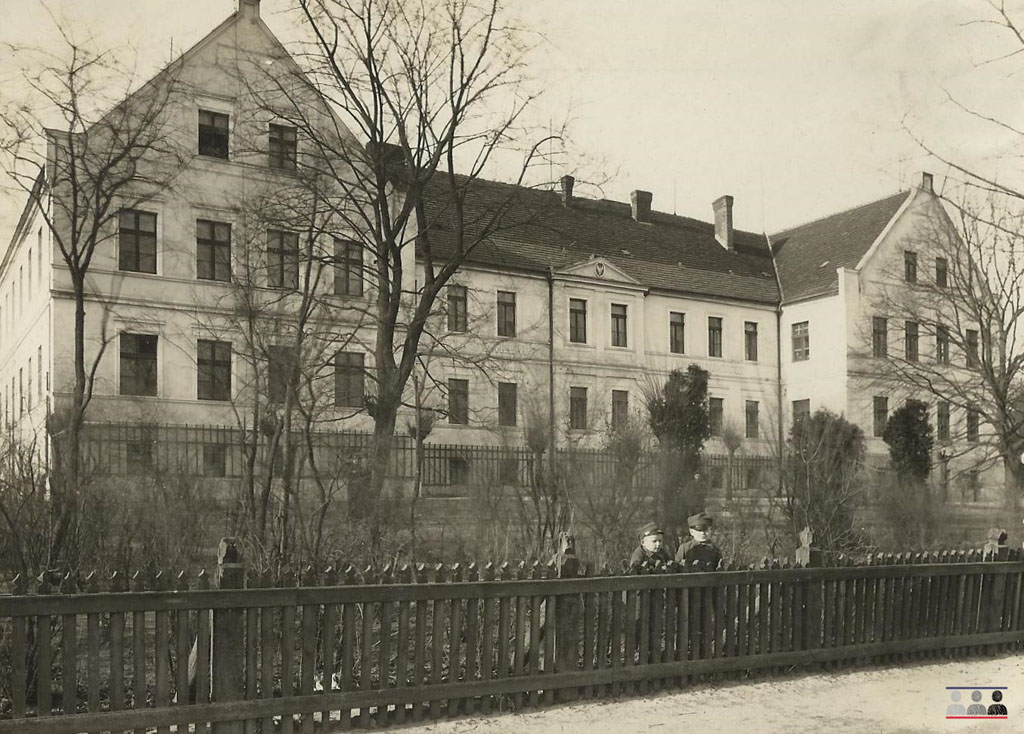 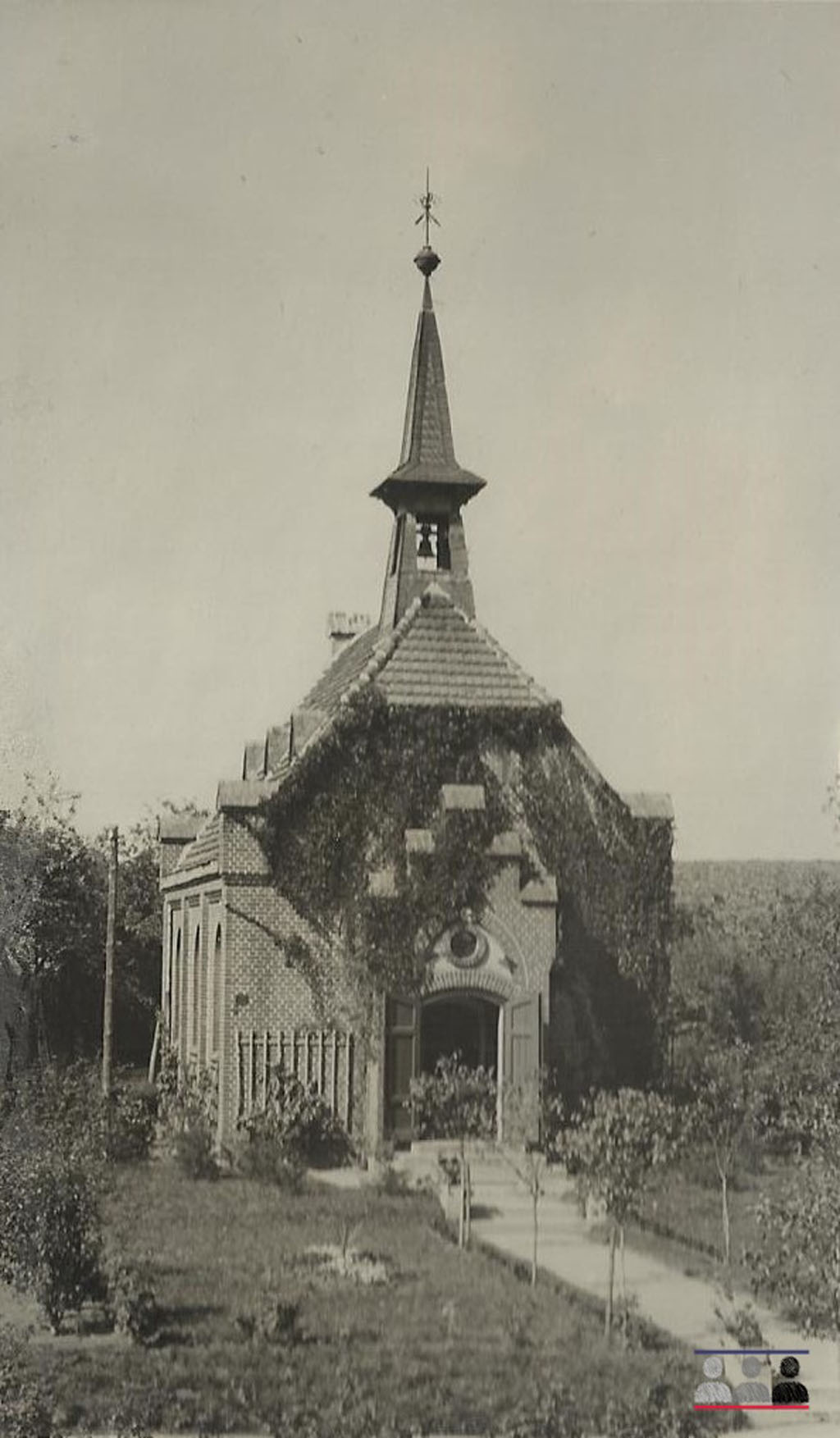 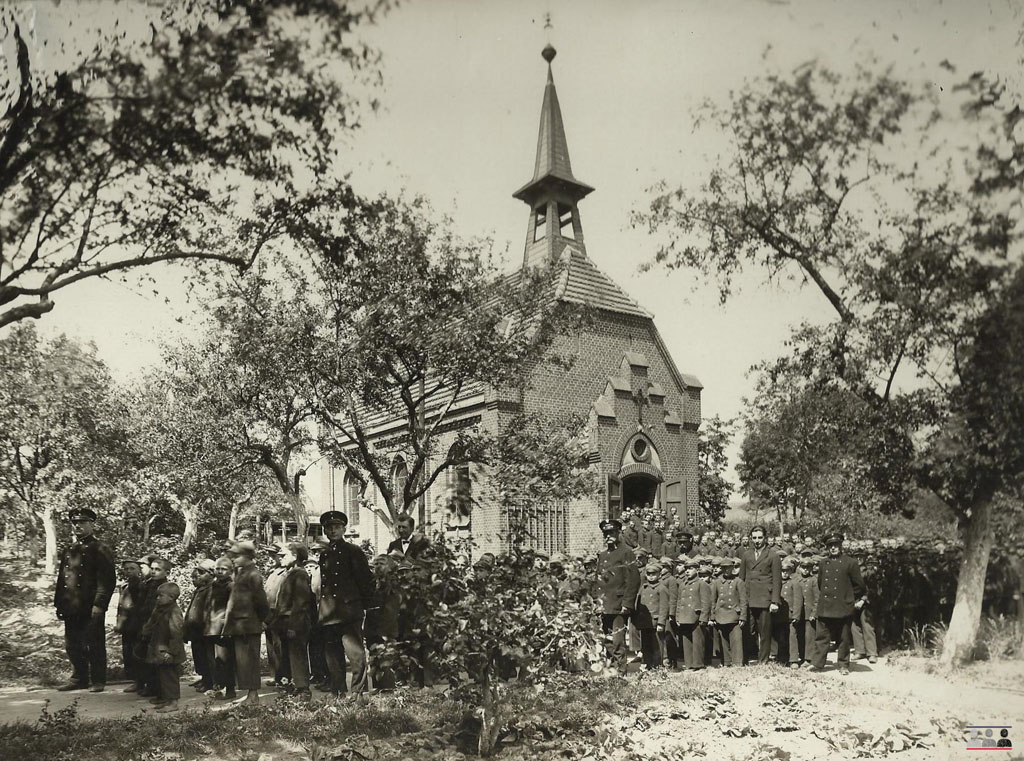 11. Pupils and teachers of the Reform School in front of the chapel, circa 1928.

In 1934-35, workshops for apprentices were built. The school offered vocational training to obtain qualifications in the following professions: blacksmith, carpenter, wheelwright, cobbler, tailor, bookbinder, printer, baker and shoemaker. In the years 1934-1939 the students published their own newspaper "Nasza Gazeta". Secular and church choirs, theater and oratorio troupes, a sports club and a brass band well known in the area were also created. A three-year vocational school specializing in agriculture and horticulture has been set up. 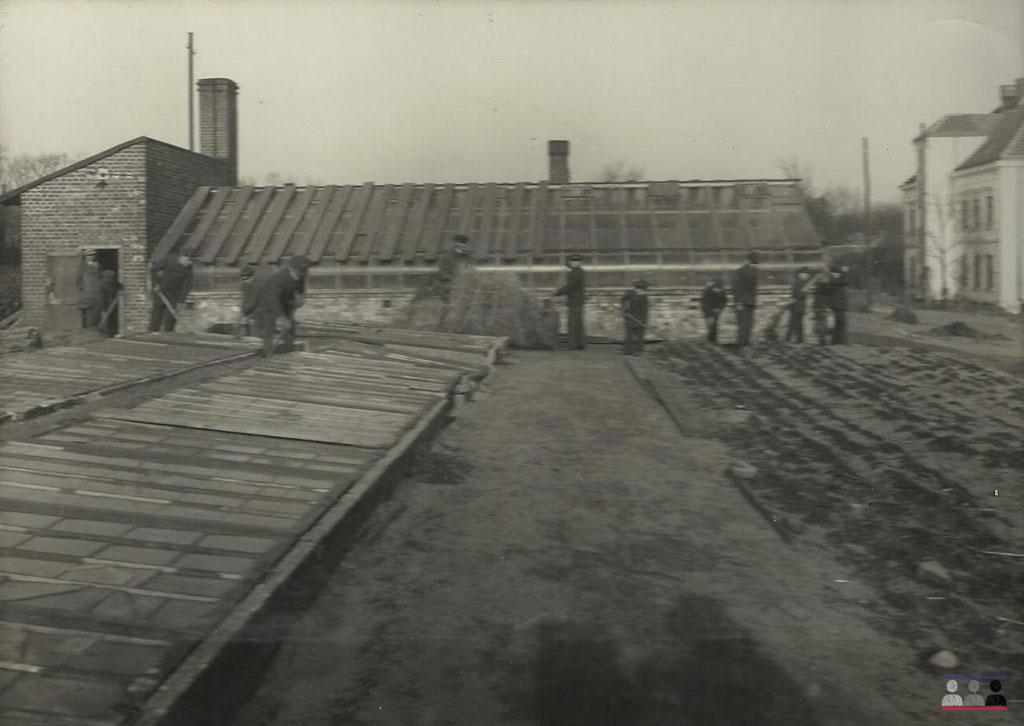 12. Students of the vocational school practicing horticulture, circa 1930s – the garden and the greenhouse were also effectively used by American POWs. 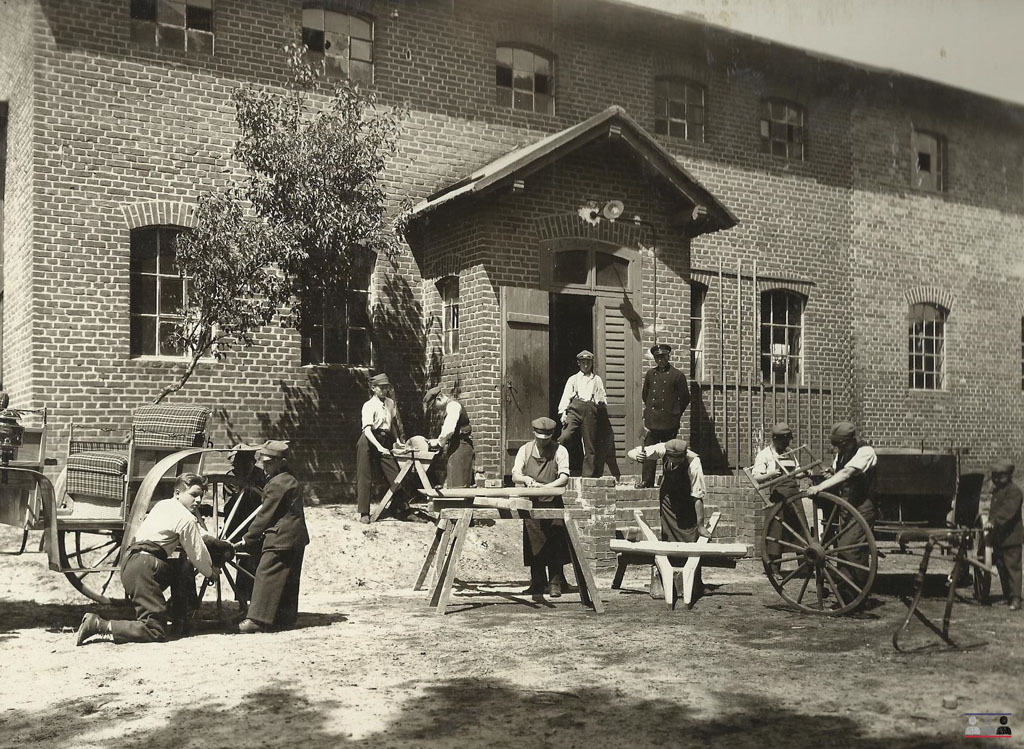 The successful development of the institution (with about 230 students) was interrupted by the outbreak of the World War II. It was decided to take the youth to Volhynia, but in Kutno their train was bombed and the staff, seeing the futility of further travel, decided to disband the group. During the German occupation, a forced labor camp for Polish citizens from the Szubin district was set up on the premises of the Reform School. It was later transformed into a Prisoner of War Camp. 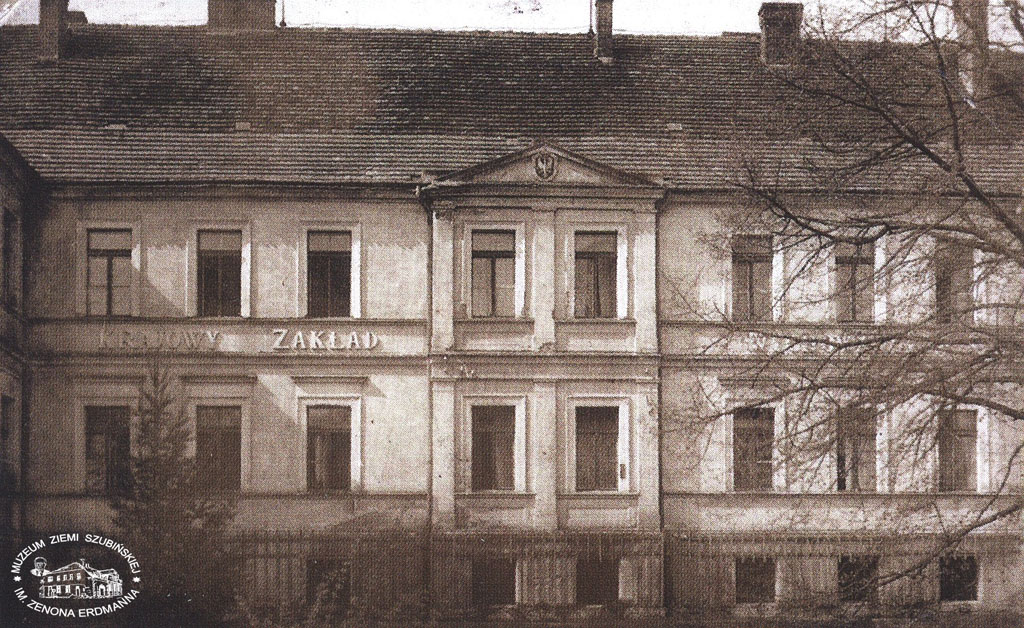 14. National Educational Institute, shortly before the outbreak of World War II in 1939.